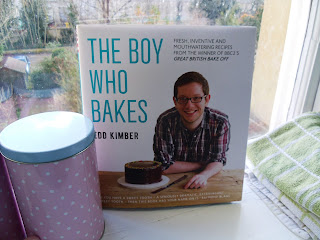 I am like every other girl on this planet, I love a bit of chocolate to keep me going and chocolate brownies are the perfect treat! This week I bought the winner of The Great British Bake Off series 1, Edd Kimber's book, The Boy Who Bakes. Oh yes he does. And what did my eyes spy when flicking through, only the most amazing chocolate fudge brownies, so obviously I had to give it a go!

Now until today I had never attempted to make any form of brownies and thought they would be a bit fiddly, but they were the quickest and easiest thing I've made all year! However, I can not lie and say that they are the healthiest thing I've baked this year... 300g of dark chocolate, a total of 380g of light brown sugar and caster sugar not to mention the criminal amount of butter...200g! However, you can't put a price on taste, all that naughty stuff made these brownies heavenly! 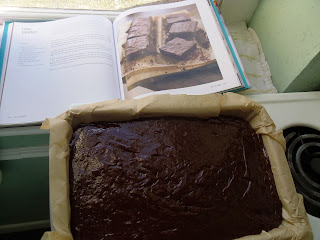 Like I said, they were so quick and easy to make, but still being a novice baker I did have to do a double take at the recipe when it said to put both the butter and the chocolate in a medium pan on a medium heat. I presumed the butter would be melted separately and the heat from that would naturally melt the chocolate once combined, so I was extra careful not burn it. In fact I would say I kept it at a low heat and melted the contents very slowly, but I don't think anyone could have a go at me for that, I was just using the ol' noggin! 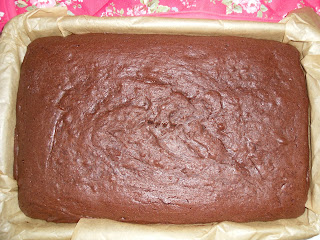 As the phrase goes though, the taste is in the pudding and after a few small nibbles I can proudly say that these brownies are scrumptious! Well done Edd Kimber!! My two little pieces of advice for all those attempting this recipe or any similar are:

1. They go so blooming well with a glass of cold milk! They are a bit rich, having been made with dark chocolate, and they were so moist and gooey they stuck to the roof of your mouth. And good glug of milk is definitely advised!

2. Secondly... if you are anything like me, I would say for every small piece of brownies (Ash and I only had a piece the size of 50p) have a piece of fruit! Just to combat the nagging voice in your head that you're waist wont like what you've just eaten, even though your taste buds will be having a chocolate extravaganza of a party! 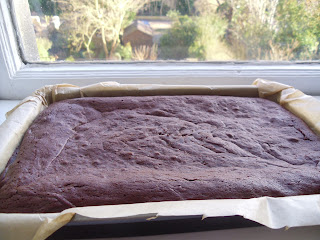 Now, just before I end I should say that there are some really good if not excellent recipes out there if you love the taste of a good chocolate brownie, but without the horible calories. There are also lots of great brownie recipes for those of us out there that have a few dietry requirements, from gluten free, wheat free, sugar free....

Check out these cookbooks for some of these options:
They are all fantastic recipes, including some which substitute ingrediants for vegetables, such as beetroot to keep in moisture, or simply adding prunes and apple juice with a lower calorie drinking chocolate. There are so many options out there so don't feel like you have to miss out! Infact I keep meaning to buy Harry Eastwood's book so sooner, rather than later, I might be able to try a few of the recipes and let you know what they are like!